The action of laughter brings with it the release of some powerfully beneficial chemicals into our body. Whether it’s a titter or a big belly roar, as soon as it happens these chemicals race through our body and immediately begin to elevate our mood. These chemicals are known as neuropeptides and are our body’s own ‘natural narcotics’. The most important of these neuropeptides when it coming to boosting our ‘feel good’ factor is the endorphin – often referred to as “the happiness hormone”.

The term endorphin is actually a shortened term for endogenous morphine, the official name of the happiness hormone. The name is derived from the Greek word ‘endo’ meaning ‘within’ and ‘orphin’, as the hormone has a similar affect to morphine. Endorphins are a concentrated type of morphine produced naturally in the body. We now know there are twenty different kinds of endorphins occurring in our body. The most common three are beta-endorphins, enkephalins and dynorphins. Endorphins and enkephalins are both natural pain killers while dynorphins help to regulate the body’s appetite, fear, motivation, stress and pain.

Endorphins were first discovered in 1974 when scientists noticed that certain pain receptors in the brain seemed to naturally accept and process narcotic drugs such as morphine. They concluded that the brain must somehow be producing its own form of morphine, otherwise why would the pain receptors exist? It wasn’t long before they discovered a range of chemicals in the body which they called endogenous morphine, literally translated to mean “morphine from within”. This term was then shortened to endorphins for easy reference. Endorphins are produced during exercise, excitement, pain, love making (particularly flooding the body during orgasm), eating spicy food and of course laughter! Our response to the release of endorphins can be anything from a slight elevation in our mood to absolute euphoria. Elite athletes commonly experience what is known as ‘runners high’, where the athletes body is pushed to its limits and the brain releases a flood of endorphins to cope with the pain. The athlete then gets a ‘second wind’ which gives them the ability to push themselves forward.

The good news is that you don’t have to push your body to its extreme limit in order to get endorphins flowing! Smiling, shopping and sex are just three of the ‘S’ triggers that can cause the happiness hormones to flow.  Can you think of any other ‘S’ words that make you feel good?

Endorphins have huge health benefits. They are believed to reduce blood pressure, slow down the ageing process and strengthen our immune system. The last one happens because when endorphins are released it causes an additional release of NK cells, or ‘natural killer’ cells. These cells help to protect the immune system from defective cells and viruses that find their way into the body. When our stress levels are too high our immune system runs down and causes us to get sick more easily and more often. Stress is insidious. It attacks us from the inside out and we often don’t even realise the effect it is having on us until we see the outward signs of the inner damage.

If stress hormones are allowed to multiply in our system it can cause irreparable damage.

For more on stress catch the article “Why am I always so stressed?”

More From: The Body 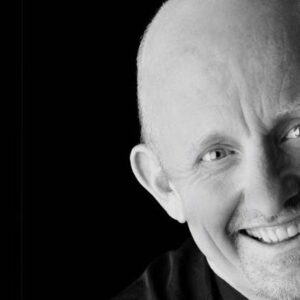