Why you’re better off not biting back.

The adult mind is continually exposed to distress. Hundreds of stories that have a negative influence attached to them are unleashed on a mentally unprepared public on a daily basis. How are we to cope? The bible says “Who, by worrying can add one jot to their life?” So we have it confirmed from on high that we are not built to worry. It doesn’t agree with us. Easier said than done in a world where things to worry about spring up constantly. Whilst we probably cannot entirely do away with worry in one form or other, we must try to ensure that we do not develop a habit of accepting everything that we see or hear on face value. Looks can be deceiving – and that is no truer than it is today. As human beings we are inclined to worry, often about things we have no real control over. There are just as many positive things that happen on a daily basis that we could embrace yet we ignore. The world does not acknowledge the positive, or if they do, it’s a quip relegated to the final minutes of the evening news or as a sideline in a newspaper.

Bad news rules the roost because it is sensational.

If you are affected in a negative way by the way the world is, try to remember that you are not alone – life impacts all of us. The impact can cause a person to be pessimistic, withdrawn or even aggressive towards those around them. The pessimistic are usually not the type to lash out or be nasty. They already feel bad enough about what’s going on in the world. They don’t want to add to the dismay. If you ask them they will gladly pour out all their worries and fears on you – but they are not do it with malice. Having said that, a dampening of your spirit can be a unintended consequence of sharing time with a pessimistic person. The withdrawn ones prefer not to talk at all and tend to keep to themselves. It’s the aggressive ones you have to watch, the ones that tend to get up in your grill when you enter into their orbit.

Build up your positive resilience to better cope in today’s world!

Let’s face it, there is no shortage of miserable people who appear to find pleasure, dare I say, even happiness – in making the people around them feel bad! They often have a negative bias towards the world (no doubt a reflection of the dissatisfaction they have in their own lives) and this negative bias is strengthened by shutting down someone else’s positive mental attitude. When someone is dissatisfied with their lot, they will often put you down or be critical of you so their own life doesn’t seem so bad. Is their life really that bad? Sometimes it is, but often it is an unhealthy mental habit of focussing on what they don’t have, rather that what they do have. We all do this at times, but those who develop an ongoing attitude or ingratitude have only one way their spirit can go – down!

This approach to life is very hollow and unsatisfying. If we allow this type of person to affect us then we strengthen them and weaken ourselves. Empathy and considered understanding towards them is important.

Considered understanding of a situation is vital. All too often we shoot from the hip, lash out, flip the bird, or say things we inevitably regret. That’s not you – you’re better than that. But it’s not your fault – they made you react that way. Or did they?

You may not have control over the actions of others, but you do have some control of your reaction to a given situation.

When the world was not as connected as it is today our human default position was one of restrained reaction. We sat down to write a letter and then had to wait until we were going to the store to post it. We had the time to change our mind. Today everything we feel gets typed onto a computer keyboard and pushed instantly to the recipient. Often they will be reading it before you have even left your chair. When we are in a bad mood or feel antagonism towards someone else we do not allow sufficient time to think through things. We do not allow ourselves the benefit of a restrained reaction. A wise saying was always “Sleep on it”.

Today’s internet generation is being advised to refrain from sending an angry email to someone (or the world through a blog) immediately, but rather to write it and leave it as a draft for 24 hours. Then re-read it before sending and see if it all still makes sense. Developing a position of restrained reaction in a world that demands instant gratification may seem like swimming upstream; but there is clear evidence to show that the way we are doing things isn’t working, so it makes sense to try a different approach. Remember, this is about what benefits you most, not anyone else. So don’t take the bait when the world lashes out at you. Give it 24 hours and see if it has any substance or was simply nothing disguised as something.

More From: The Spirit 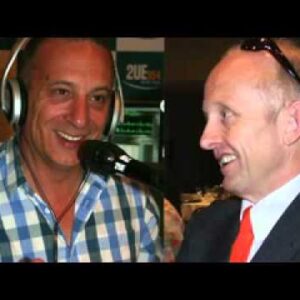 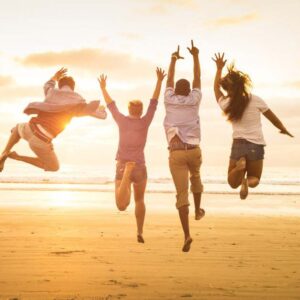