How frustrating would it be to sit down and begin to play a board game without knowing any of the rules? You roll the dice and then think “what do I do next?” Am I winning or losing? Am I ahead or behind? It can be a threatening scenario to live through. Since no one has told you how to play the game, you may decide to make up your own rules – why not? But the other players may also be taking this approach, and it all becomes more confusing than ever. You all started playing the game – moving forward at your own pace with your individual rules in place.

There are of course some basic global rules we all have to follow (set by government, culture, ethical beliefs or moral values) but there is still a lot of ‘free will’ built into the game. You may also be lucky enough to have special people in your inner circle who have already been playing the game (parents / carers) and they try to help and advise you where they can. The problem is of course you’re at the beginning of the game and they may be half way through the game – and a lot has changed on the board since they were where you are now! The only thing you know for sure is that you are supposed to get from the first square to the last – and survive.

And that’s life. No one says “OK, here are the rules for life. Study them carefully” (with the exception of the holy bible). Instead we must roll the dice and move forward from the starting line, often unprepared for what may await us at the next square we land on.

When you begin to think you understand how to play the game, the rules seem to change on a daily basis. What was OK to do yesterday is not allowed today. And all the other players are still playing by their own rules, sometimes doing things you would never do, and seem to get away with it! It’s a constant battle. Some people seem to love this game, embracing the unexpected and making the most of every move they make. Others hesitate, scared to move forward because of fear of the unknown. If they had things over again, they would probably have chosen not to play the game at all. But we don’t have a choice, we are brought into this game by someone else.

Throughout life, there are certain squares of the board that we land on that deliver us happiness, encouragement or experience. Other squares will be funny, frustrating, overwhelming, inspiring or confusing! But the one thing you must try to remember is that wherever you sit on the board, you will not be on that square forever – soon enough it will be time for you to roll the dice again and move onward to a different position on the board. Every position on the board is different. The one positive thing about the board game called life is that whatever you learn when visiting one square you can carry that knowledge forward with you and hopefully apply that new found knowledge when you land on a future square.

Try to enjoy the game, and if you are on a square that treats you unfairly, just remember that everything could change with your next move! You will inevitably have people on the same square as you at different times during the game. Some of them will be lovely and you will enjoy their company, others will be miserable and you will count the days until your next roll of the dice so you can leave them behind. And since it seems that the whole point of this game is just to get from the beginning of the board ‘ the first square’ – to the last, in other words, simply participate – we need to try and enjoy each moment of the game, finding the hidden value in each square and in each person we meet, because we will not pass this way again.

More From: The Spirit 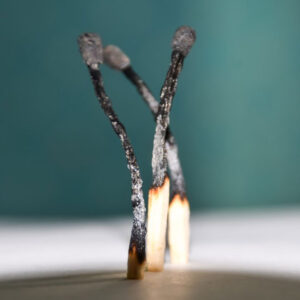